Flow pumps 50% in seven days to trade at $2.93; however, the coin failed to extend its previous day’s bullish rally. Flow drew some offers near the $2.81 level as Bitcoin, the world’s largest cryptocurrency, could not maintain its modest gains.

BTC fell below the 23k level, indicating the bearish sentiment in the crypto sector and contributing to digital coin losses. The FLOW coin, which increased more than 50% in the last seven days, was the best-performing cryptocurrency token over the last week.

However, the reason could be attributed to the blockchain’s announcement of a partnership with Meta Platforms. Last week, the Flow blockchain reached a new high of 1.4 million transactions, indicating increased user engagement and pricing. However, the gains were short-lived as flow coin prices began to lose their positive traction.

The current Flow price is $2.93, and the 24-hour trading volume is $284 million. Flow has increased by 0.69% in the previous 24 hours. CoinMarketCap now ranks #28 with a live market cap of $3 billion and has a circulating supply of 1036200000 FLOW coins and a maximum supply of none. According to CoinGecko data, the FLOW token has increased 52.2% in the last week.

The token spiked last Thursday, just minutes after Meta announced that it would expand NFT functionality to 100 countries.

According to Meta’s tweet, the social media network will also include support for Flow Blockchain. 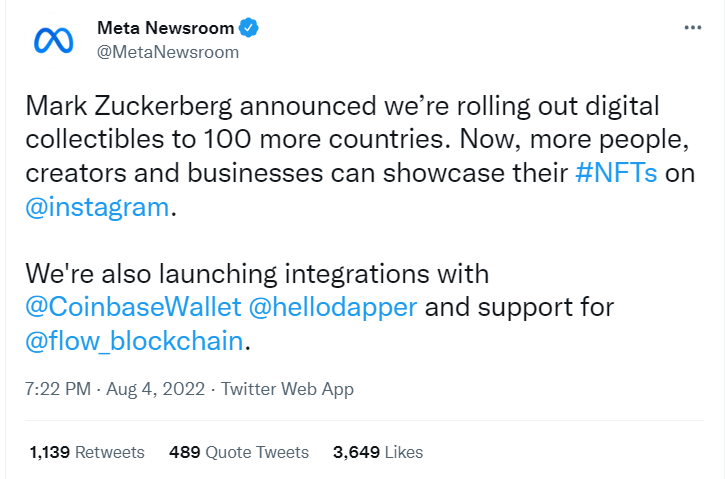 Dapper Labs, the blockchain development company behind the popular NFT apps CryptoKitties and NBA Top Shot, has launched Flow. Flow increased rapidly in 2021 as NFTs skyrocketed, but the high was fleeting and peaked at $42.40 in April 2021 but could not rise further after the market crashed.

The total crypto market cap has dropped by more than 3%, indicating that all crypto assets are under selling pressure. Bitcoin and Ether prices have fallen by 0.72%.

Weaker US Inflation to Support FLOW

The Federal Reserve, which has been very active in raising interest rates and tightening monetary policy, will use the CPI statistics to lay the groundwork for its next move.

The annual inflation rate, or the rate at which prices grow, was 8.5% in July, down from 9.1% in June, according to the Labor Department. Aside from electricity, many other prices, such as food and housing, have continued to rise. As a result, an uptrend in FLOW could be associated with weaker US CPI and related fundamentals.

The FLOW/USD pair is trading sideways after sliding from an all-time high of $3.78. The coin is now trading in a choppy range of $2.80 to $3.10. FLOW has already completed a 61.8 percent Fibonacci retracement at the $2.50 level, which is now functioning as support, as seen on the hourly chart. 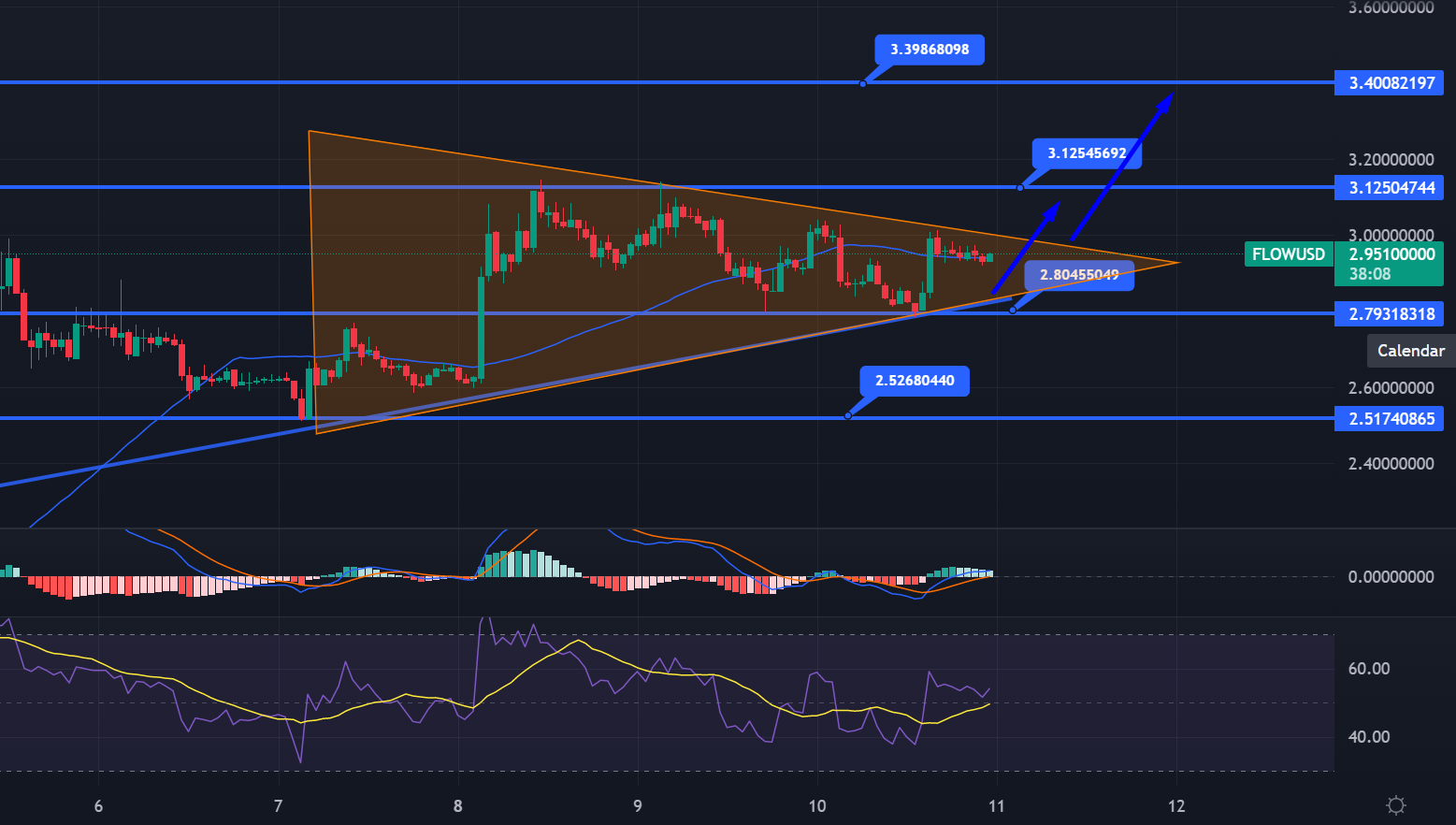 Dogecoin Is Preparing to Reverse Trend

Will Bitcoin Price Reach $30k in September? Time to Buy BTC Along with Tamadoge