An artist has integrated facial motion capture in an online exhibition that explores the military industry’s “disfigurement” of San Diego, California in an attempt to share a largely untold part of the region’s history.

“Monumental Interventions: Secret City” is a multimedia online exhibition created by Evan Apodaca, a media artist, also from San Diego, whose past films have been screened at film festivals and museums. A concurrently ongoing project, it is set to be published and be available online from September 2nd to September 10th, 2021, on a dedicated website.

The works — in the shape of video, text, and archival materials — explore the topic of the military in San Diego and delves into various topics from the city’s industrial development to the local history of the antiwar movement from the late 1960s and current-day examples of U.S. intervention and its implications in the city. 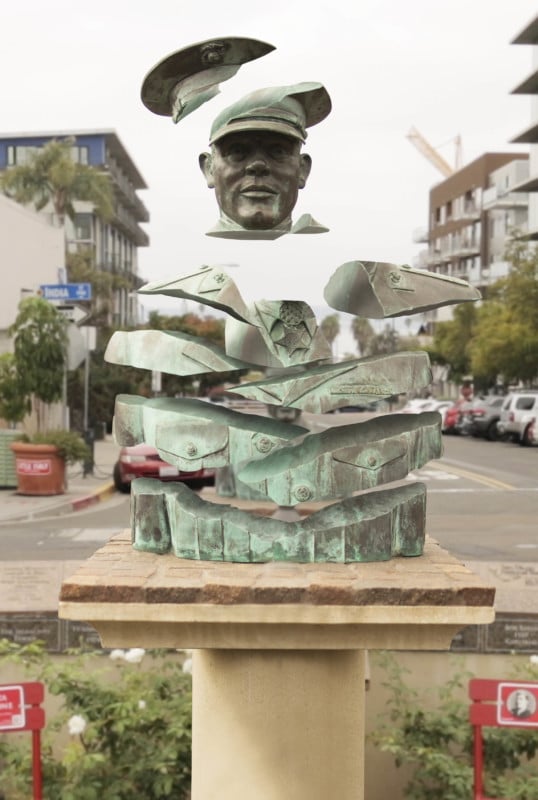 Apodaca tells PetaPixel that the idea to include facial-motion capture arose when he visited a giant aircraft carrier that functions as a museum in San Diego.

“The absurdity of having a huge weapon of destruction as a major tourist attraction finally hit me and that’s when I realized I have to explore the topic of the military, using this visual process,” he says.

In a similar manner, Apodaca had digitally animated family photographs and portraits to tell a family history in a film “Que Lejos Estoy,” so he figured he could use this method for this project, too. 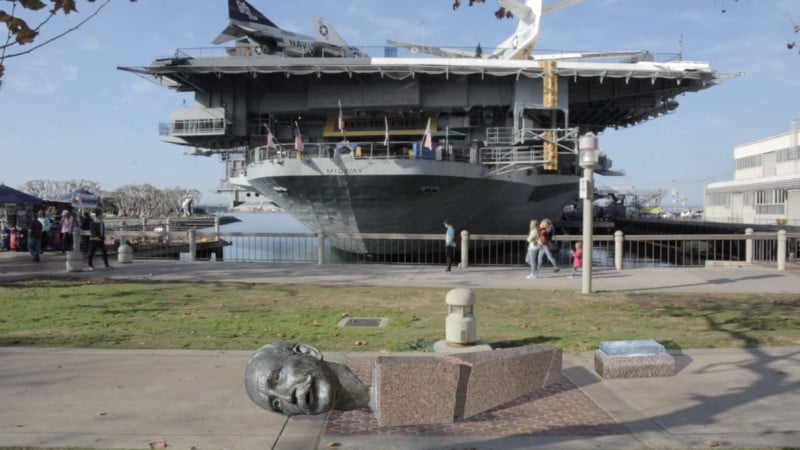 To create the talking heads-like scenes with statues, Apodaca photographed various sculptural busts and monuments around the city using different angles. Then, he went to different locations in the area that had a specific ambiance representative of the story.

For example, in the case of the aircraft carrier, Apodaca felt that the architecture in the location “surrounds you totally and is made up of very violent machinery,” which then informed his choice to find locations where viewers could see this effect within the entire scene.

Once he found the right location, Apodaca superimposed the animated statue within it, using static shots and compositing them into a live-action video scene.

“Visually, I’m interested in the banality of talking heads on pedestals and how the ‘talking head’ is banal within the world of documentary film, and I’m trying to create shots where the absurd is enhanced,” says Apodaca.

To record the performed dialogues and interviews, he used a head-mounted GoPro that captured the performer’s facial expressions and words. Then, he used the motion data from the GoPro to animate the statues, with the help of programs, such as Adobe Photoshop, Effects, and Premiere Pro. Apodaca also used a DSLR for parts of his project. 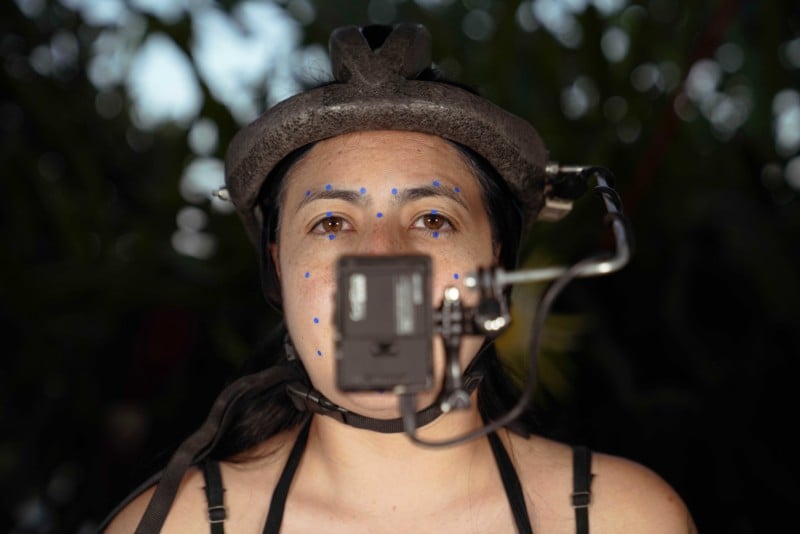 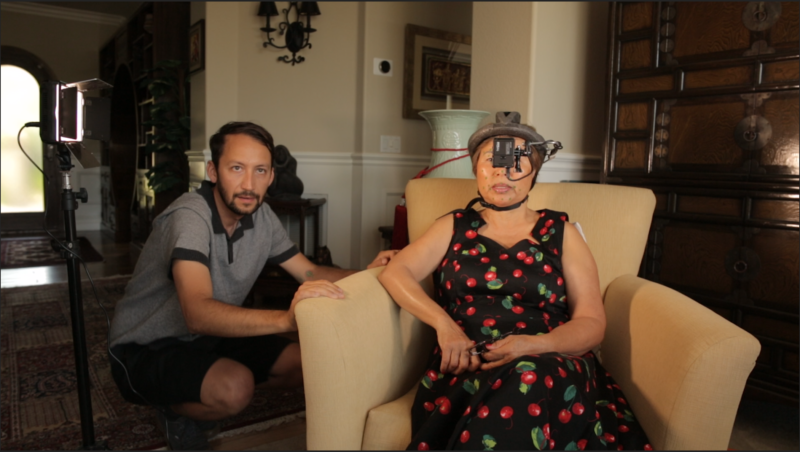 Apodaca also wants to point out that this grew to become a larger body of work, with the motion capture of statues acting as a preliminary phase followed by a broader look at the topic of the military from a survey and interview-based perspective, with the addition of a feature film with a story arc which developed out of all the surveying and research he conducted.

More information about Apodaca’s upcoming exhibition can be found on the project’s website.

Image credits: All images by Evan Apodaca and used with permission.